We have some stormy weather today, revolving around a depression to the West of Scotland. Gales will be severe in South and South West, where gusts in excess of 70mph are likely in exposed areas. We also have warnings of heavy rain in the South and South-East and this accompanied by a spring tide, will cause coastal flooding.

It’s a particularly wet start across the Home Counties, the South East, East Anglia, the East Midlands and parts of Lincolnshire. Here we’ll have some heavy rain for a time this morning, some of it torrential, before it clears away into the North Sea by the afternoon. 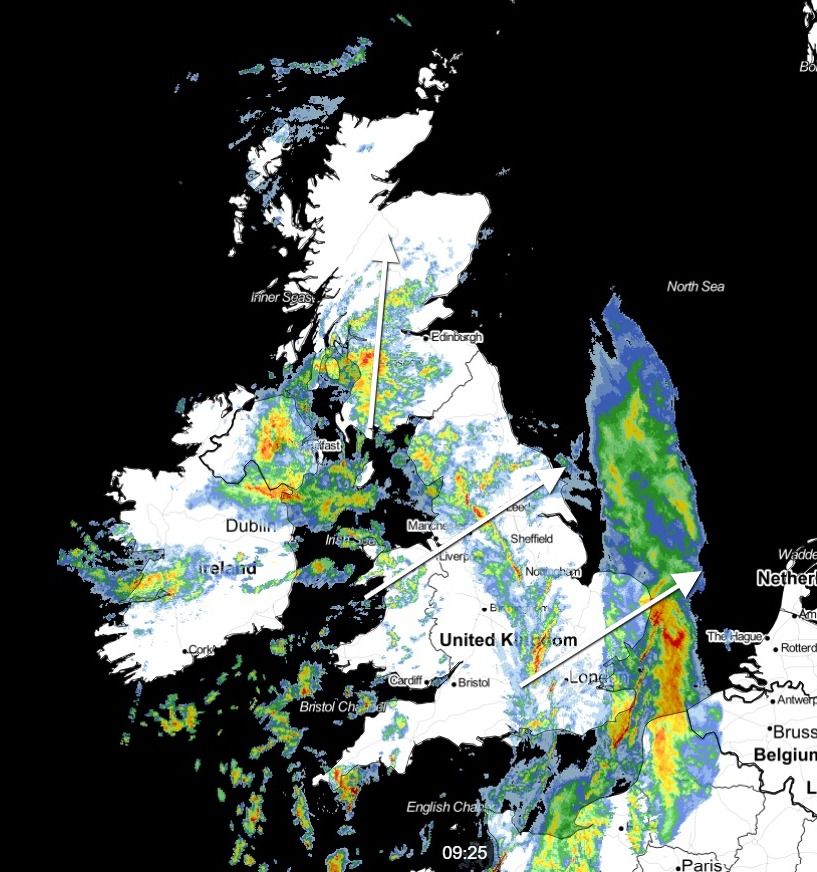 Elsewhere there’ll be bands of blustery showers some heavy and lengthy moving from West to East across the country, with sunny intervals mostly at a premium. We also have outbreaks of rain some heavy over parts of Northern Ireland, that’ll probably work their way into southern and central parts of Scotland for a time.

A blustery South to South West wind could give gusts to gale force almost anywhere in the more squally showers, with the strongest winds along the South coast. Here a severe gale may give gusts in excess of 70mph in the English Channel and across the Isle of Wight, with the Channel Islands and the Isles of Scilly also likely to see some damaging gusts. Although perhaps not feeling so in the North and West it’ll be very mild especially in the South East at first, with temperatures mostly between 9 and 11C in the North and West and 12 to 14C, locally 15C in the South East.