The former contestant on the dating competition show previously shared on social media that her brother Haydn Kamenicky went missing, noting that he was last seen in Fredericksburg, VA.

AceShowbiz –
Caelynn Miller-Keyes can now breathe a sigh of relief. Hours after pleading on social media for assistance in finding her brother Haydyn Kamenicky who had gone missing for 24 hours, “The Bachelor” alum expressed her gratitude that he has since been found “alive.”

The model’s sister Arianna Miller-Keyes was the first to share the happy news. Making use of Instagram Story on Wednesday, November 11, she announced, “UPDATE: he has been found alive. The details are still unclear. Thank you so, so much for everyone’s thoughts and prayers. Thank you for sharing and helping us bring him home.” 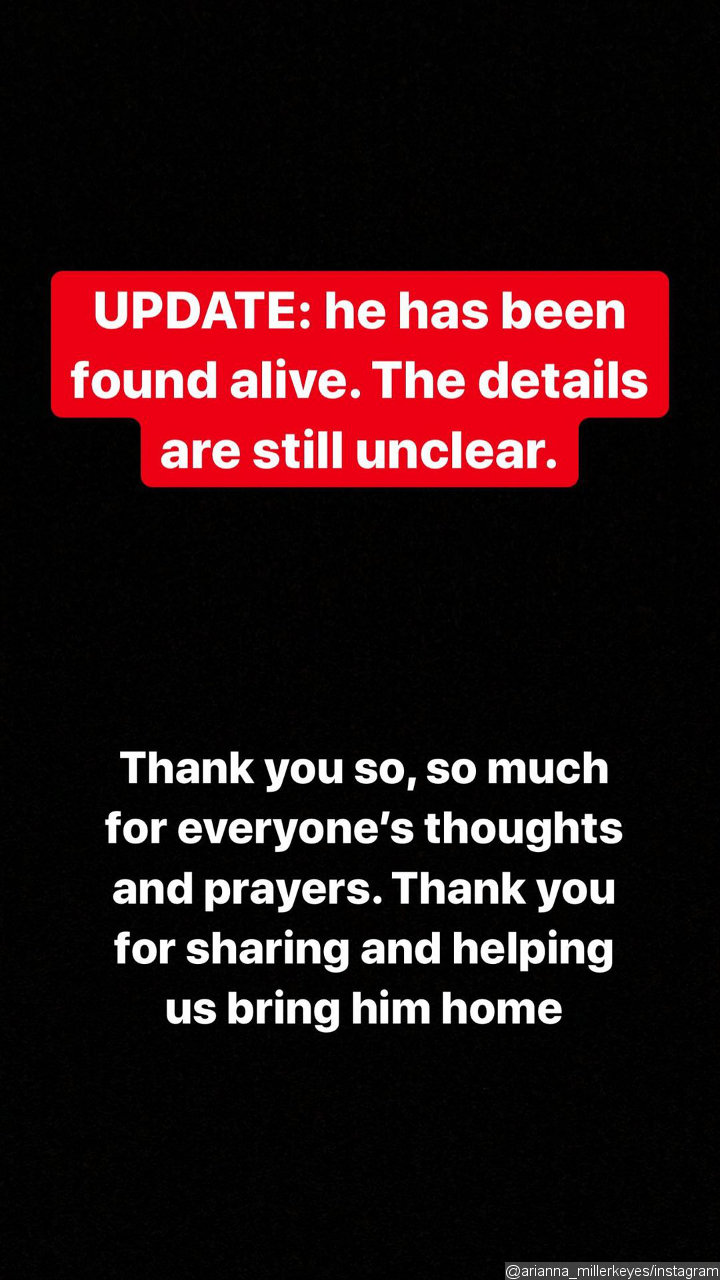 Caelynn later turned to her Twitter account to extend her own appreciation for the delightful outcome. Letting her fans and followers know that she and her family managed to find Haydn, she wrote on the microblogging site, “We found Haydn. Thank you everyone for your help and for your prayers.”

Caelynn Miller-Keyes extended her gratitude after her brother Haydyn Kamenicky was found alive.

The reality star’s post was quickly welcomed with positive feedback. A fellow user replied, “Hope he’s safe & OK. Sending love to him & your whole family.” Another one commented, “Sending lots of love to you and ur family. From our family to yours.” A third shared her joy as stating, “Thank goodness!! I was concerned when I saw your post! Glad that he’s ok!!”

Hours earlier, Caelynn made use of her accounts in an attempt to find her missing brother. Posting photos of him, the former “Bachelor in Paradise” contestant shared, “My brother is missing and we need help finding him. He was last seen yesterday morning in Fredericksburg, VA. Please contact me or the Fredericksburg police, 540-658-4450 if you know anything.”

“He drives a 1998 red Dodge Durango and the license plate is XGB2103,” the 25-year-old offered further details in following tweets. “I realized I forgot to include his name. His name is Haydn Kamenicky. Please call if you know anything.” 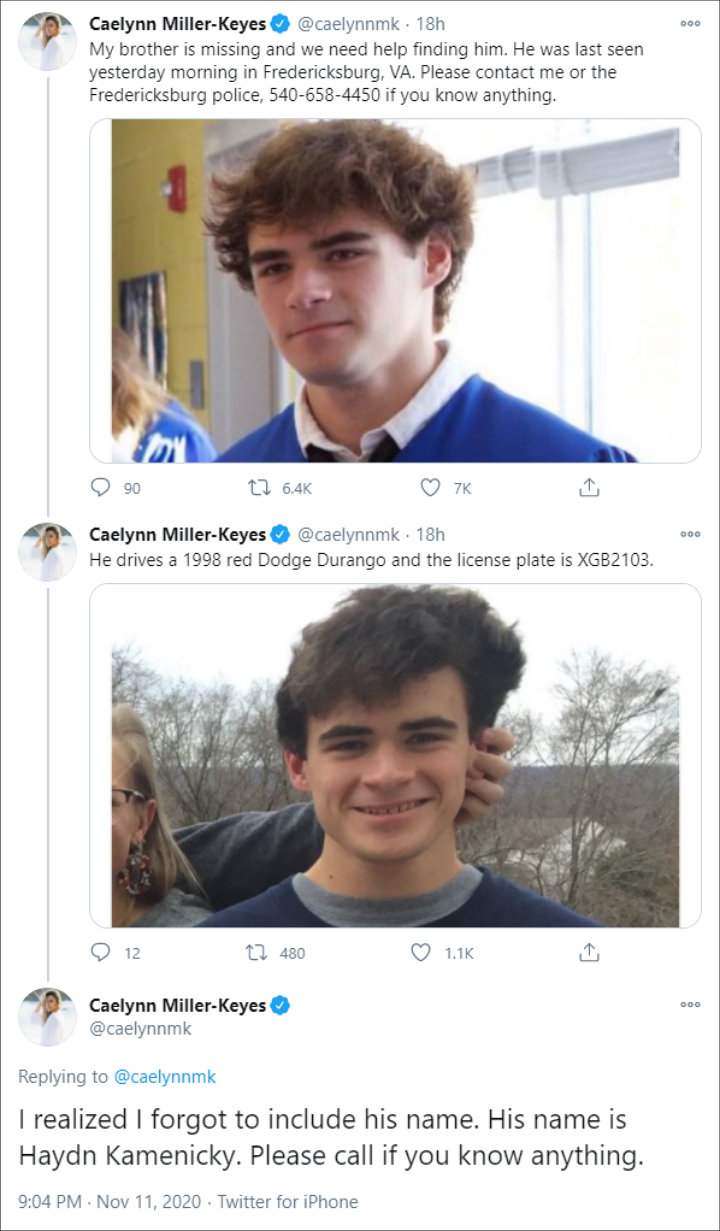 Caelynn received national recognition after making an appearance on Colton Underwood‘s season of “The Bachelor” in 2019. She is now dating Dean Unglert whom she met in season 6 of “Bachelor in Paradise”.