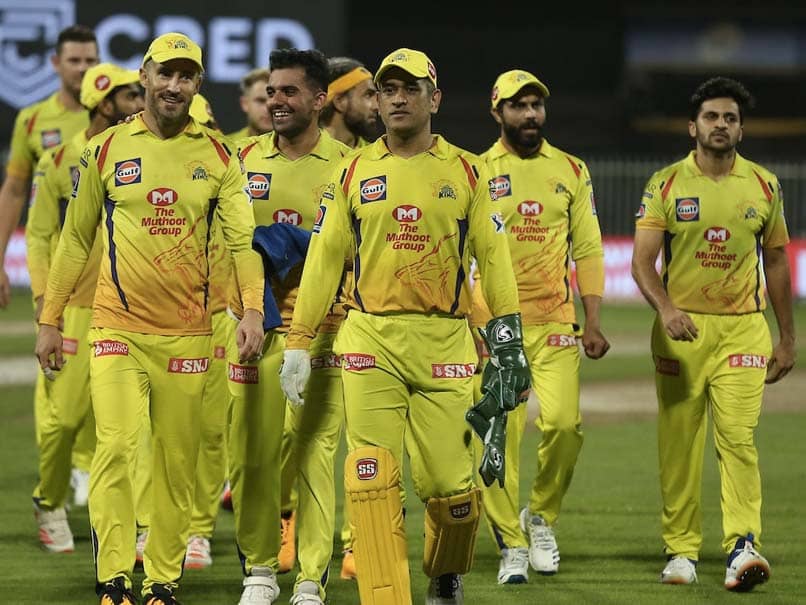 As the 13th edition of the Indian Premier League (IPL) concluded, Chennai Super Kings (CSK) hailed the efforts of the Board of Control for Cricket in India (BCCI) for conducting the tournament against “all odds” amid the COVID-19 outbreak. The tournament came to an end on Tuesday as Mumbai Indians (MI) defeated Delhi Capitals (DC) in the final to lift the title. Mumbai defeated Delhi by five wickets at the Dubai International Stadium. Initially, the tournament was scheduled to commence in March but it was postponed due to the coronavirus pandemic. With several guidelines in place, the competition began on September 19 in the UAE.

“When COVID played basketball in all our lives, few believed that this lovely little tour shall see the light of day. Big #WhistlePodu for @BCCI and all those involved for making #IPL2020 possible against all odds,” CSK tweeted.

CSK were the first team to bow out of the megaevent. It was the first time that MS Dhoni-led CSK had failed to reach the top four.

Earlier on Wednesday, Delhi Capitals’ Ravichandran Ashwin had also praised BCCI for pulling off the tournament amid the coronavirus pandemic.

“It wasn’t our night!! @DelhiCapitals Well done @mipaltan, deserved winners and so clinical through the tournament @ImRo45 @ShreyasIyer15. Last but definitely not the least, it was a terrific effort by the @IPL @BCCI to pull off a tournament like this during these tough times,” Ashwin had tweeted.

In the final, Rohit had played a knock of 68 runs to help Mumbai Indians chase down the target of 157, set by the Delhi Capitals after opting to bat first.