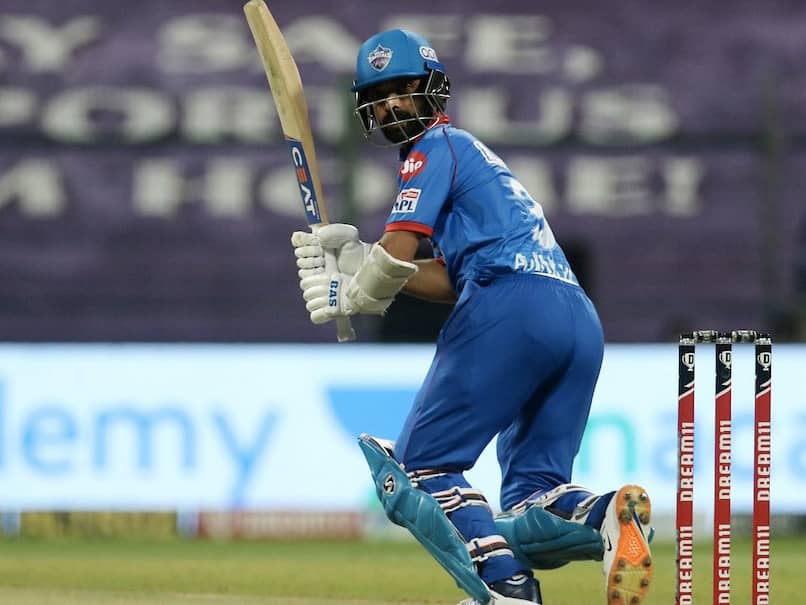 Ajinkya Rahane starred with the bat as Delhi Capitals defeated Royal Challengers Bangalore on Monday but the right-handed batsman has revealed that he was disheartened to not get a game in the ongoing Indian Premier League. Rahane has smashed 3931 IPL runs in 146 games. Despite the stellar record, the right-handed batsman played only six games for Delhi Capitals in the 13th edition of IPL. Chasing 153, Shikhar Dhawan and Rahane started with the bat for Delhi as both batsmen played knocks of 54 and 60 respectively. Rahane, who anchored the chase for Delhi, got out when his side required 18 more runs.

“Was disappointed when I didn’t get to play. Felt good after contributing to the team’s win and enjoyed batting with you (Dhawan). The way you batted I learned a lot,” Rahane told teammate Dhawan during a chat for IPLT20.com

“Ricky told me that I am going to bat at number three and I felt that a good opportunity is there. As a player, if you contribute in the crunch situations you feel good and when the team wins the joy doubles,” he added.

With this win, Delhi will now play against Mumbai Indians in the first qualifier and the winner of that match will qualify directly for the finals.

If Delhi had won the match against RCB inside 17.3 overs, Kolkata Knight Riders (KKR) would have qualified for the playoffs.

On the other hand, despite losing against Delhi Capitals, RCB has also qualified for the playoffs with 14 points from 14 matches.