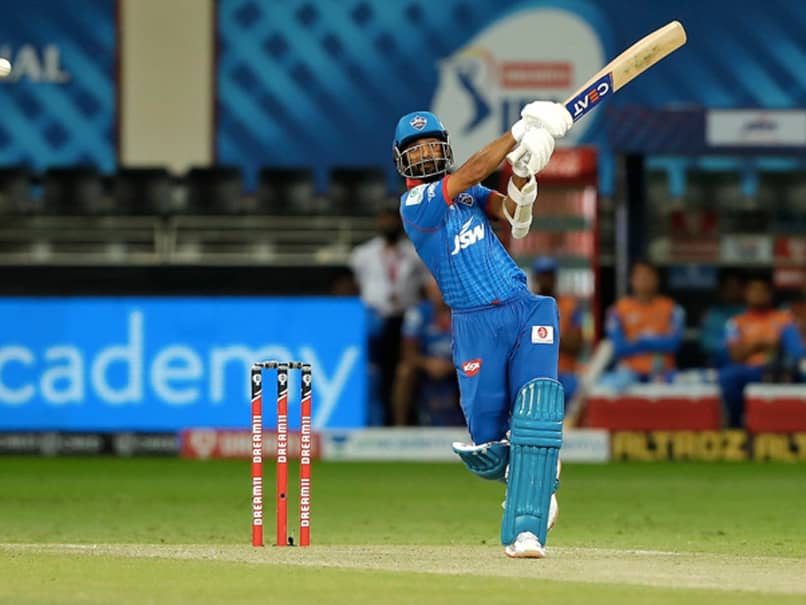 Delhi Capitals qualified for the playoffs after defeating Royal Challengers Bangalore (RCB) on Monday, and batsman Ajinkya Rahane said that he wanted to stay till the end of the match. Chasing 153, Shikhar Dhawan and Rahane started with the bat for Delhi as both batsmen played knocks of 54 and 60 respectively. Rahane, who anchored the chase for Delhi, got out when his side required 18 more runs. The right-handed batsman said his team wasn’t thinking of the target and he just wanted to finish the game.

Rahane had opened in the last match but head coach Ricky Ponting had told him to bat at number three before the game.

“Ricky told me that I am going to bat at number three. It’s a good position to bat at. Our bowlers did really well for us. I enjoyed the partnership with Shikhar. The communication between us was all about intent,” Rahane told host broadcaster Star Sports at the post-match presentation.

“We weren’t thinking about any target. It was all about playing proper cricketing shots. I wanted to finish the game. We all know how funny the sport is. We’ve seen how things have happened in this IPL. Feels great to win in the end,” he added.

With this win, Delhi will now play against Mumbai Indians in the first qualifier and the winner of that match will qualify directly for the finals.

If Delhi had won the match against RCB inside 17.3 overs, Kolkata Knight Riders (KKR) would have qualified for the playoffs.

On the other hand, despite losing against Delhi Capitals, RCB has also qualified for the playoffs with 14 points from 14 matches.