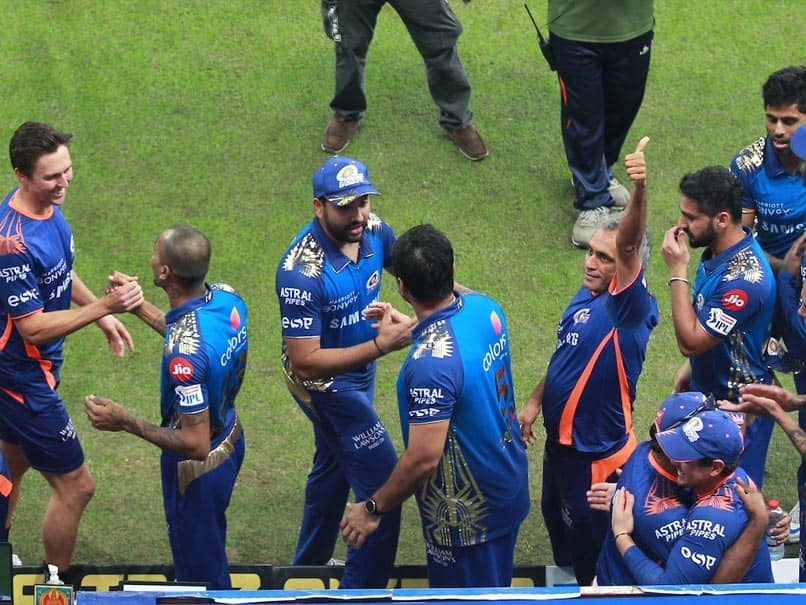 Mumbai Indians produced a brilliant all-round performance to completely outclass Delhi Capitals in the IPL 2020 final at the Dubai International Cricket Stadium on Tuesday. Mumbai controlled the match from start to finish, winning the IPL final by five wickets to clinch their fifth Indian Premier League (IPL) crown. While Trent Boult was the hero with the ball in hand, captain Rohit Sharma was the standout in the chase after Delhi Capitals could only muster 156 for seven. Mumbai Indians coasted in the chase, overhauling the target with eight balls to spare, with Rohit notching his 38th IPL half-century.

Mumbai, set 157 to win, got off to flyer with Quinton de Kock taking on the Delhi Capitals bowlers. Even Rabada wasn’t spared as De Kock teed off, peppering the boundary at will.

Marcus Stoinis gave Delhi their first breakthrough, taking a wicket on his first ball. Suryakumar Yadav and Rohit kept Mumbai ticking with some fine shots but the the former fell after a massive mix-up between the two.

Delhi Capitals had won the toss and elected to bat in Dubai. However, Trent Boult struck on the very first ball of the match, dismissing Marcus Stoinis with a brilliant delivery.

It only got worse for the first-time finalists as Boult struck again, this time sending Ajinkya Rahane back to the pavilion in the third over.