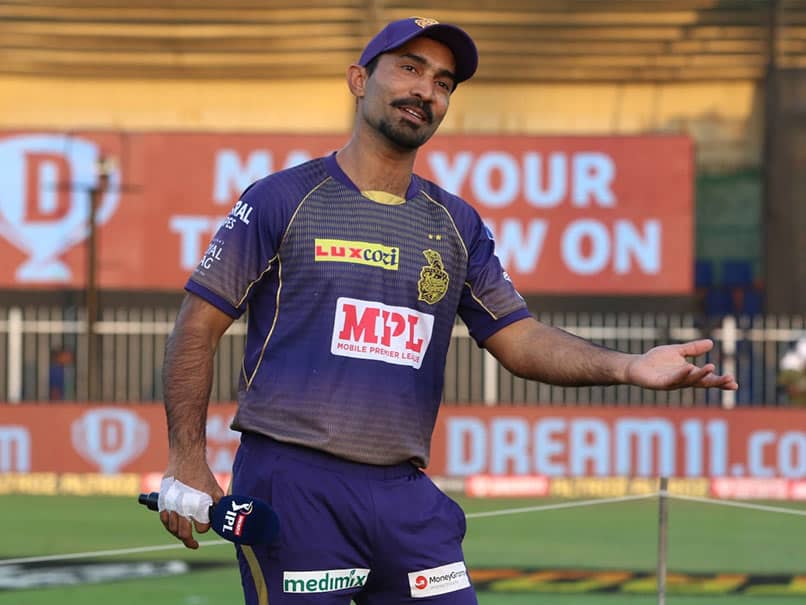 Kolkata Knight Riders (KKR) had a forgettable Indian Premier League season as they failed to qualify for the playoffs for the second consecutive year. KKR changed their captain halfway through the league stages as the team management decided to replace Dinesh Karthik with England’s Eoin Morgan as the leader of the team. However, even this move couldn’t get KKR into the playoffs. Karthik failed with the bat in the tournament, scoring just 169 runs from 14 games. On Friday, the two-time IPL champions took to Twitter to post a quiz for their fans using a picture of their former skipper – Karthik and asking fans to identify which was the real cricket ball from the three embedded in the picture.

Unhappy with the team’s performance in this year’s IPL, fans were quick to troll the franchise and the wicketkeeper-batsman.

A fan, criticising Karthik’s form, said that he won’t be able to make contact with the ball at all. “Well…He can hit none,” the fan wrote on Twitter.

Well…He can hit none !

“Edge to keeper as always,” another one joined in.

Edge to keeper as always

“Eagle eyed duck knight would be apt,” a fan tweeted.

KKR finished fifth on the points table with 14 points from as many games.

The Kolkata-based franchise finished the league stages with same points as Royal Challengers Bangalore and SunRisers Hyderabad, who will face off on Friday in the Eliminator, but missed out on the playoffs due to poor net run-rate.

KKR’s most expensive recruit Pat Cummins could only manage to pick 12 wickets in the whole season.

Also, injury forced their explosive all-rounder Andre Russell to miss out on a number of games in IPL 2020 which proved to be too costly for the franchise in the end.