The ‘Follow Jesus’ rapper writes his own name as President in a ballot, while his wife likes several tweets that endorse Joe Biden and his running mate Kamala Harris.

AceShowbiz –
Kanye West hasn’t lost his faith in his run for White House. After his much-criticized campaign, the rapper has seemingly voted for himself for president and he gave the evidence on social media on Election Day.

On Tuesday, November 3, the Atlanta-born star posted videos and photos on Twitter showing him casting his vote at a poling booth in Wyoming. He even showed a write-in vote for Kanye West as President and Michelle Tidball as Vice-President. “KEEP BELIEVING KANYE 2020 Thank you Jesus Christ,” he wrote in the caption. 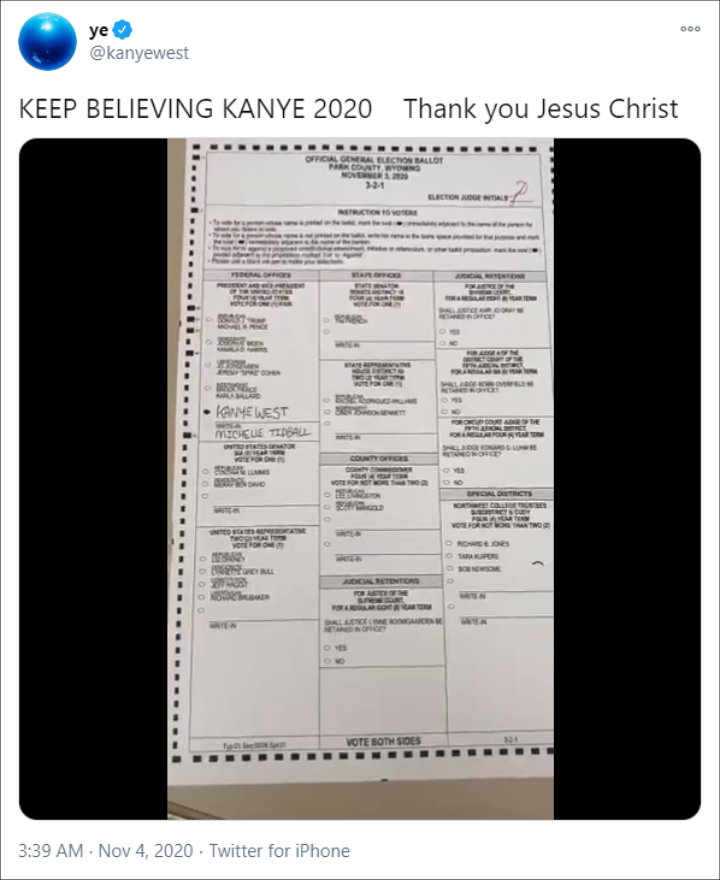 Kanye West voted for himself as president. 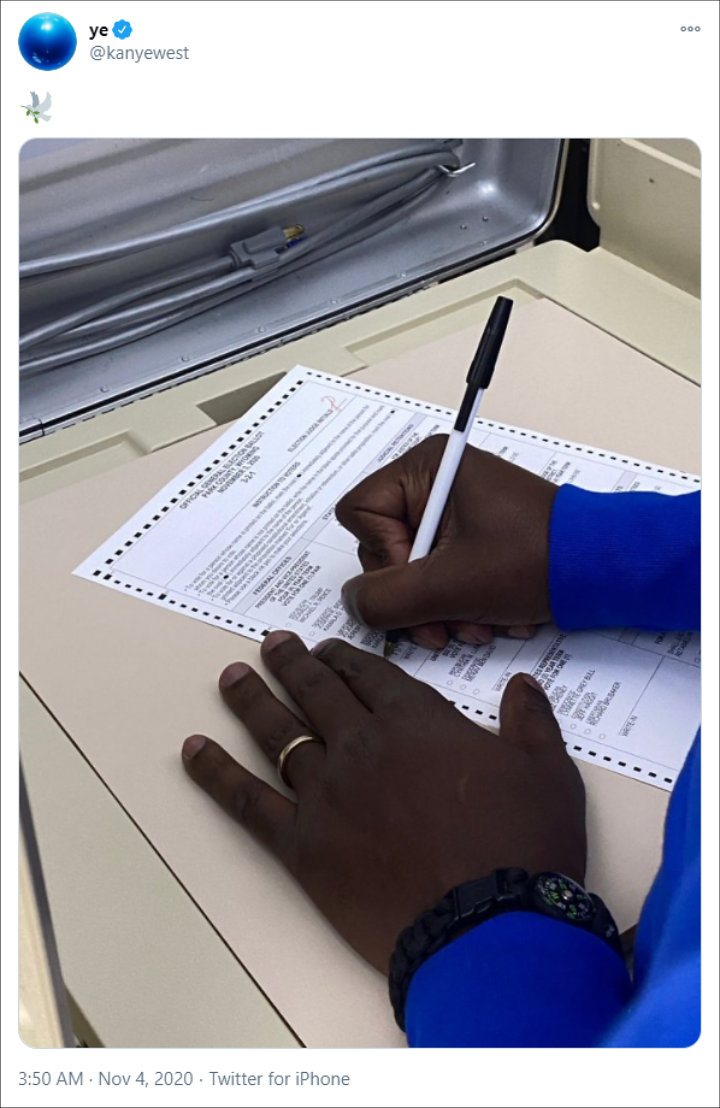 He wrote his own name in the ballot. 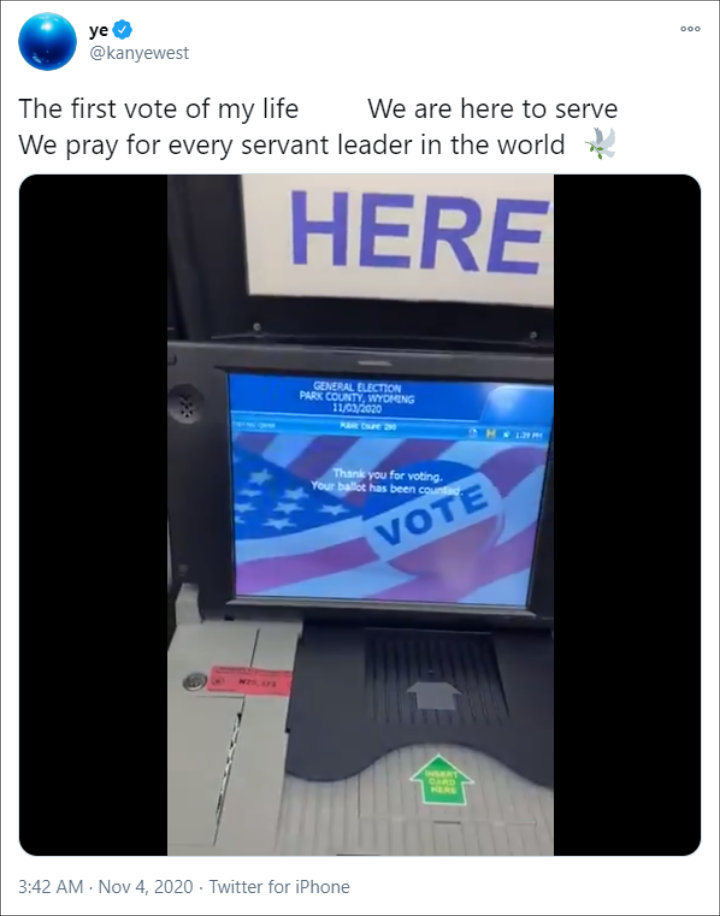 The rapper showed his ballot being counted.

“The first vote of my life. We are here to serve. We pray for every servant leader in the world,” he wrote along with another video showing that his ballot was officially counted. Wearing a blue hoodie with black pants, white sneakers and a black mask, he showed his “I Voted” sticker which was put on his hoodie in a photo. “I VOTED,” he proudly declared. 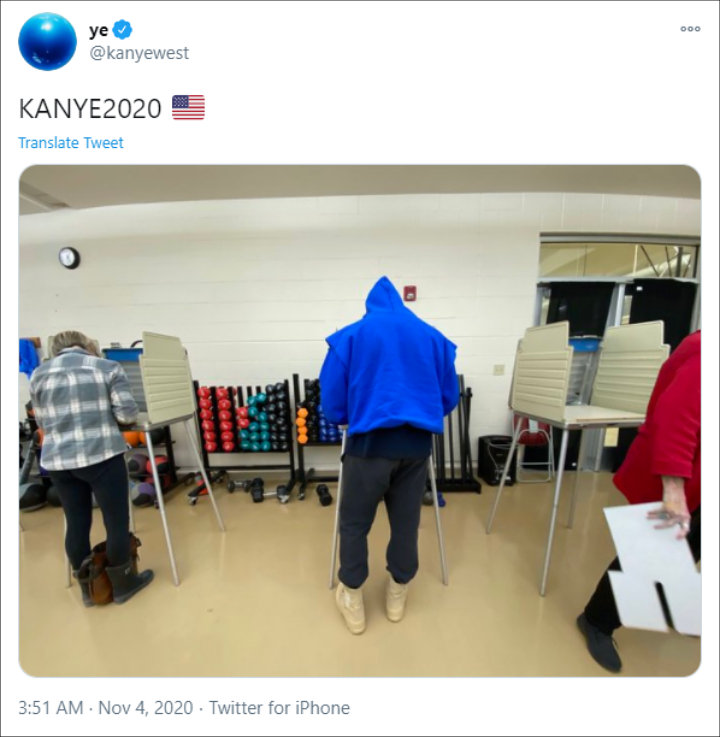 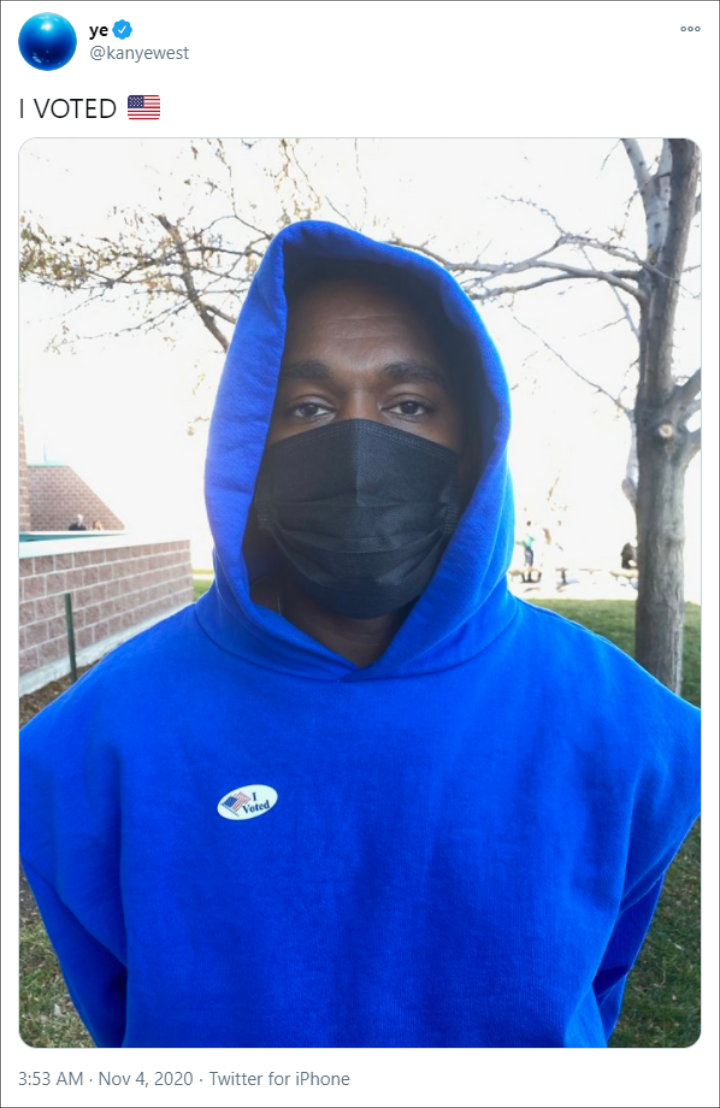 He showed his ‘I Voted’ sticker.

Kanye’s wife Kim Kardashian has also cast her vote, posting a photo on Instagram on Tuesday showing her “I VOTED” sticker. “I VOTED!!!! Did you?!?!” she captioned it, before informing people who have been waiting in line at the polls, “If you are in line when the hours of operation close at the polls, they are required to stay open and allow you to vote, so do not get out of line!”

Kim, however, has not revealed whom she was voting for and has been relatively mum about whom she’s endorsing after she supported Kanye’s decision to run for president in July. Meanwhile, people noticed that she liked tweets about Democratic presidential candidate Joe Biden.

On Tuesday, she liked Kid Cudi‘s tweet which read, “Vote for Biden if you a real one,” and Kamala Harris’ tweet in which she urged voters, “Don’t allow anything to come between you and your vote. If you have any questions or concerns about voting, reach out to our voter hotline.”