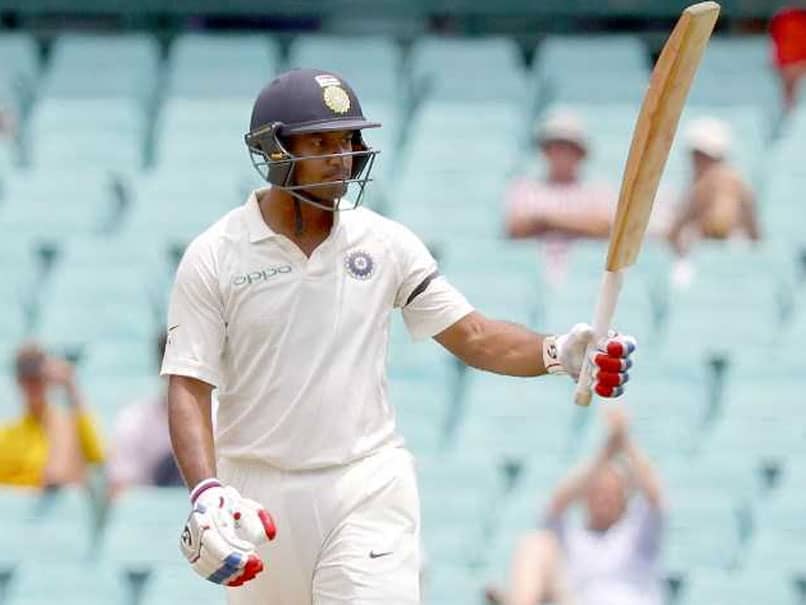 Mayank Agarwal made his Test debut during India’s last tour of Australia in 2018-19.© BCCI/IPL

Mayank Agarwal crossed 1 million followers on Instagram and posted on his page to thank his fans and followers on the social media platform. “One M.1 M Overwhelmed. Humbled. Grateful. Thank you for all the support” wrote Agarwal in the caption of the post. The 29-year-old right-handed batsman has played 11 Tests and three One-day Internationals for India since making his international debut in the Boxing Day Test at the Melbourne Cricket Ground against Australia in 2018. He has scored 974 Test runs at 57.29 with three centuries and two double centuries.

Agarwal played for Kings XI Punjab in Indian Premier League (IPL) 2020 and finished as his team’s second-highest scorer with 424 runs from 11 matches with one century and two half centuries.

He was second to his Karnataka teammate and Kings XI captain KL Rahul, who won the Orange Cap by finishing as the highest scorer in IPL 2020 with 670 runs at 55.83 with one century and five half centuries.

Both Agarwal and Rahul are part of India’s Test and limited-overs squads for the tour of Australia that is set to begin on November 27 with the first ODI in Sydney.

While Rahul is the designated wicket-keeper in both ODIs and T20Is, he may have to make way for Agarwal at the top of the order in Tests at least for the first Test in Adelaide.

India captain Virat Kohli has been granted paternity leave after the first Test. He will return home to be with his wife, actor Anushka Sharma, as the two are expecting their first child.

The spot vacated by Kohli at No. 4 could then be used by Rahul, who is making his comeback to the Test side after being dropped during India’s last tour of Australia in 2018-19.