The star of Robin Thicke’s ‘Blurred Lines’ music video flaunts her bare baby bump as she recreates the ‘Ghost’ actress’ famous pose on the 1991 cover of Vanity Fair.

AceShowbiz –
Emily Ratajkowski has taken her adoration for Demi Moore to the next level. In time to celebrate Halloween, the pregnant model transformed into the “Corporate Animals” actress as she took inspiration from the latter’s iconic maternity photoshoot taken for the 1991 cover of Vanity Fair.

On Saturday, October 31, the 29-year-old beauty took to Instagram Story to flaunt her bare baby bump as she recreated the “Ghost” star’s famous pose. The photos captured her looking at the camera in nothing but a black bra, a matching underwear and a silky white shirt while caressing her protruding tummy. She completed the look with a pixie cut wig and heels. 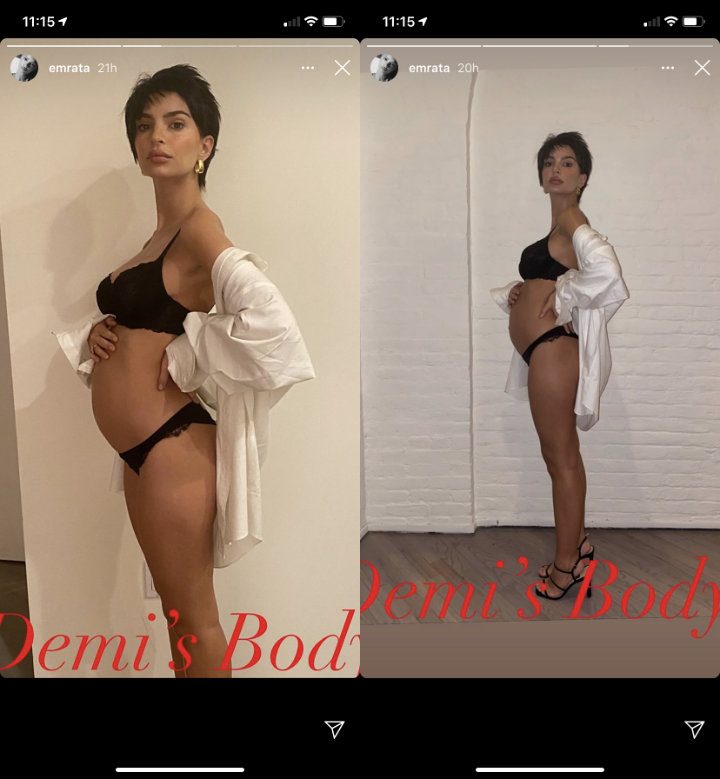 “Demi’s Body,” Emily captioned the photo as referring to Demi’s physique when she posed for the magazine while being pregnant with her second child Scout Willis. One of her shots was later reposted by the ex-wife of Bruce Willis on her own Instagram Story along with a kiss and a red heart emoji over it. 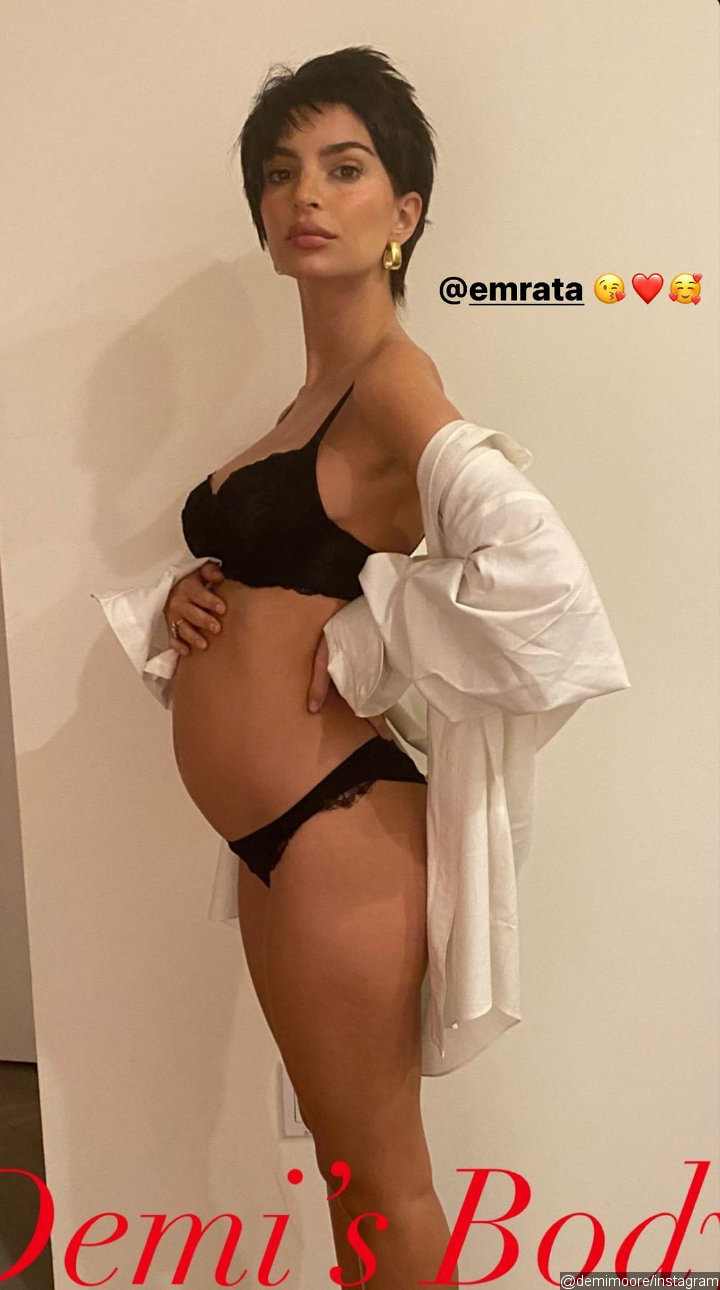 The “Gone Girl” star’s Halloween photos came just days after she announced her pregnancy. Expecting her first child with husband Sebastian Bear-McClard, she revealed in a new essay for Vogue, “When my husband and I tell friends that I’m pregnant, their first question after ‘Congratulations’ is almost always ‘Do you know what you want?’ ”

“We like to respond that we won’t know the gender until our child is 18 and that they’ll let us know then,” she continued. “Everyone laughs at this. There is a truth to our line, though, one that hints at possibilities that are much more complex than whatever genitalia our child might be born with: the truth that we ultimately have no idea who – rather than what – is growing inside my belly.”

The star of Robin Thicke‘s “Blurred Lines” music video went on to add, “Who will this person be? What kind of person will we become parents to? How will they change our lives and who we are? This is a wondrous and terrifying concept, one that renders us both helpless and humbled.”