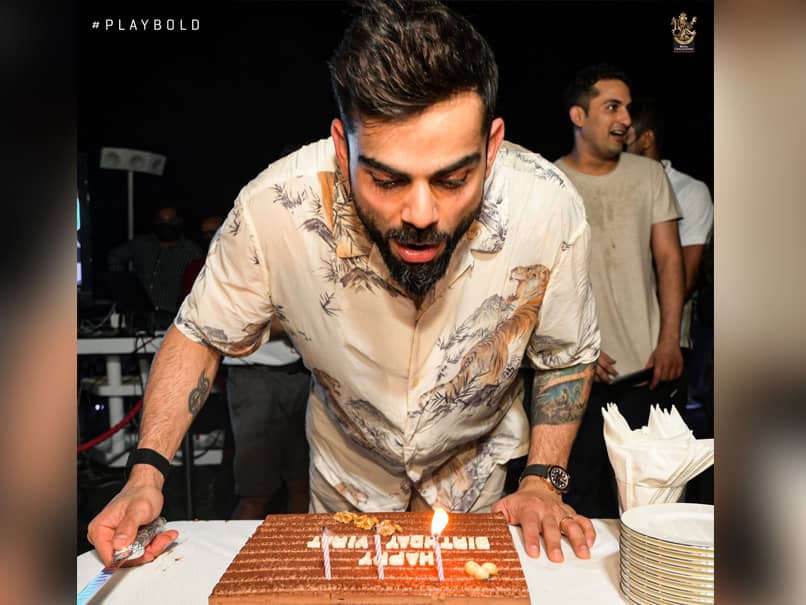 Royal Challengers Bangalore (RCB) skipper Virat Kohli appreciated all the love and wishes received, on his 32nd birthday. Virat turned 32 on Thursday, and received wishes from the sports fraternity as well as fans from all over the world. “Thank you, everyone, for your wishes. Appreciate all the love,” Kohli’s tweet on Friday read. He celebrated his birthday in the United Arab Emirates (UAE), with wife Anushka Sharma and his RCB teammates.

Thank you, everyone, for your wishes. Appreciate all the love

Virat was seen cutting his birthday in a video shared on social media, accompanied by his wife and the RCB team.

Kohli is currently representing RCB in the Indian Premier League (IPL) 2020. The Bangalore-based franchise will take on SunRisers Hyderabad (SRH), in the tournament eliminator at the Sheikh Zayed Stadium in Abu Dhabi on Friday.

RCB and SRH have won a game apiece, having faced each other twice this season. While RCB emerged victorious by a margin of 10 runs in Match 3, SRH won Match 52 by five wickets.

The RCB skipper has scored 460 runs in 14 matches during the ongoing edition, helping his side reach the knockout stages of the tournament for the first time since 2016. Virat’s boundary count comprises of 23 fours and 11 sixes, with the run tally accumulated at a strike rate of 122.01.